This year marked the 30th anniversary of Best Picture winner Unforgiven, one of Clint Eastwood’s most acclaimed movies. It stands alongside other highlights from Eastwood’s legendary career, including The Good, the Bad and the Ugly and Dirty Harry. But even with his status as a Hollywood icon, Eastwood has some notable movies that have been overlooked.

From some of the missed movies that highlight Eastwood’s charm as an actor to the ones that allowed him to show off different sides of his persona, these forgotten Clint Eastwood movies can finally find the recognition they deserve.

Eastwood is an actor who fans have watched age over decades in movies and he has always embraced that. One of the best examples of this is Space Cowboys where he is joined by some other great veteran actors.

Eastwood joins Tommy Lee Jones, Donald Sutherland, and James Garner in the adventure comedy about four aging astronauts called into one last mission. The movie might strain realism but it is a blast seeing all these legends having a fun time on screen together.

Though Harry Callahan is seen by many as Eastwood’s coolest movie role, his final outing as the character is generally forgotten compared to the other installments. The Dead Pool finds Harry investigating a betting pool of celebrity deaths that starts to get very accurate. The stakes are raised when Harry himself is included on the list.

Some fans might have stumbled across the movie confusing it with the Marvel character, but it is generally regarded as the lesser of the Dirty Harry movies. But what was once seen as cheesy and goofy now seems like the franchise and Eastwood himself allowing some humor into these movies making it a fun departure while still delivering the thrills fans expect.

Eastwood also directed this underrated crime drama but takes a smaller supporting role on screen. A Perfect World stars Kevin Costner as a runaway convict who kidnaps a young boy and heads out on a cross-country getaway with Eastwood’s lawman on his trail.

Costner excels in a more gritty and villainous role than some fans might expect from him. But the unexpected bond between Costner and the boy as well as the tense crime story makes this a thrilling ride to take part in.

Certainly, when fans think of Eastwood’s career in movies, it is hard not to think of his many legendary westerns. But given how many westerns he appeared in, it is not surprising that some of them slipped past fans, like Two Mules for Sister Sara.

The movie stars Shirley McClaine as a nun on the run in Mexico who is saved by Eastwood’s heroic soldier. As the two form a friendship, Sara hides the secret about why she is really on the run. The fun dynamic between the stars really sells that movie and elevates it beyond just another Eastwood western.

While there are plenty of movies about serial killers, Tightrope is a solid entry into the genre that doesn’t get much attention. Eastwood plays a cop investigating a brutal killer targeting women. But when he starts to get too close, the killer begins targeting those close to the cop.

The movie is a thrilling police procedural with a clever script and a great performance from Eastwood in a leading role. Though it didn’t find as much success as later movies like Sea of Love and Basic Instinct, fans of those movies will find similar thrills with Tightrope.

Though The Beguiled was remade in 2017 with Nicole Kidman and Colin Farrell, this original version with Eastwood deserves to be seen. He stars as an injured Union soldier who seeks refuge at a Confederate girls boarding school where his presence soon causes tension.

The movie’s initial failure was likely due to audiences expecting the typical Eastwood fare and being given something very different. However, the unconventional and shocking nature of the story is what makes it so thrilling to revisit.

Eastwood is one of the greatest action stars in movie history and The Eiger Sanction is one of the best displays of his skills in the genre. He plays a covert assassin who takes one last dangerous mission in which he must infiltrate a mountain climbing crew to determine the Russian criminal amongst them.

There are some truly thrilling action sequences in the movie with Eastwood putting his all into the demanding action role. It is an edge-of-the-seat ride that uses its simple premise to deliver a great adventure.

While Eastwood is usually the man alone in the spotlight, he helped create one of the best buddy movies alongside Jeff Bridges in Thunderbolt and Lightfoot. Eastwood plays a bank robber who has a chance run-in with a young conman (Bridges) leading to the two new friends planning a heist together.

The two iconic actors have wonderful chemistry together, making for a charming duo. The caper is also hilarious with so many laugh-out-loud moments and a thrilling heist story at its center.

Eastwood had made five movies in his career with Don Siegel. Though Escape from Alcatraz ended up being their last, it may also be their best collaboration. Eastwood plays an inmate at the titular prison who plans a daring escape.

Along with being one of the best prison movies of all time, the movie is also a hugely entertaining caper as audiences see the plan for escape planned out carefully and put into action. Eastwood excels at making fans cheer for the criminal and antihero.

Eastwood is an actor who stuck quite close to his iconic persona in many roles and audiences seemed to love it. But that made it more interesting when he would sometimes break away from the norm like in the wild action movie The Gauntlet.

Eastwood plays a much less heroic and competent cop than usual as he is tasked with delivering an eye witness to a mob trial. Of course, they run into their share of obstacles along the way with many hilariously over-the-top action moments. It is one of the more ridiculous movies Eastwood has starred in which is part of what makes it so much fun. 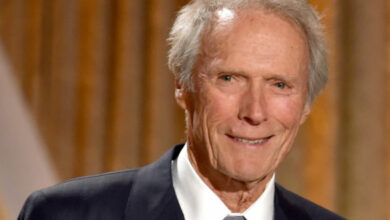 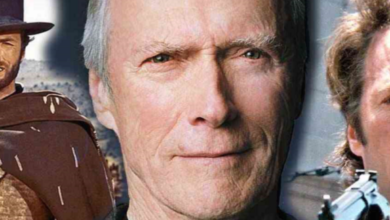 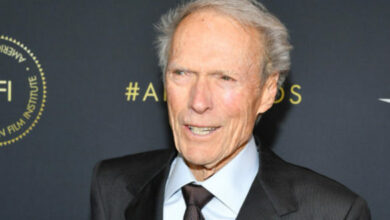 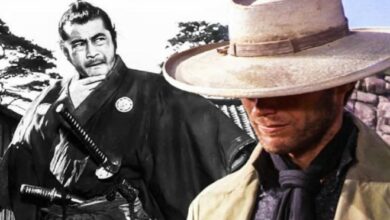 Who inspired Clint Eastwood’s Man With No Name Character ?