Fandom is not an inherently bad thing. There’s nothing wrong with admiring a musician or movie star to the extent that you rush out to buy their new album or check out every film they make. It’s when you launch a petition to aggressively, belligerently lobby for artists to accede to your demands. At this point, consumers delusionally elevate themselves to the role of creator. That’s not how it should ever work, and it is frightening to see this mentality take hold in certain pockets of fandom.

It’s probably a good thing John Wayne lived in the pre-social media era. For starters, he would’ve had to reckon with a load of highly problematic statements (including that infamously racist observation in his Playboy interview). But had he somehow survived that firestorm, he probably would’ve never run afoul of his most fervent fans. Because he learned early in his career to give his audience precisely what they want.

Do not doubt Olive Carey United Artists
Throughout most of the 1930s, Wayne was a steady, if awfully stiff presence in a bunch of so-so B Westerns. He was a familiar face to most moviegoers but hadn’t made a film that lingered in memory after the house lights went up. This changed overnight with his larger-than-life performance as The Ringo Kid in John Ford’s “Stagecoach.” The 1939 Western launched Wayne to superstardom and established Ford as the genre’s top director.

Now that Wayne had broken through, he was keen to expand his big-screen horizons. When asked by Olive Carey, the wife of Western actor Harry Carey, what he’d like to do next, he said he’d like to play Edward the Black Prince in an adaptation of Arthur Conan Doyle’s Hundred Years’ War adventure, “The White Company.” As related in Ronald L. Davis’ “Duke: The Life and Image of John Wayne,” the outspoken Olive gave him quite the earful, which the newly-minted star took to heart:

“You are a big, dumb son of a b***h. The people have told you how they like you. They’re your audience. You give them what they want, not what you want.”
And as Wayne’s son Michael Wayne added: “My father always followed her advice. He didn’t care about producers, he didn’t care about heads of studios, he cared about his fans.”

The upside of fan service United Artists
Wayne basically did as Carey advised, though his best films over the next six years were war flicks crafted to boost the morale of Americans while their fathers and sons fought to save the free world. It wasn’t until his friend and frequent collaborator Ford returned to the home front after serving in the film unit of the Office of Strategic Services that Wayne solidified his stature as a Western icon in such classics as “Fort Apache,” “She Wore a Yellow Ribbon” and “The Searchers.”

What would’ve happened had he ignored Olive and moved forward with “The White Company?” Even if it had been a hit, he probably would’ve received more than one irate letter imploring him to get back on a horse. And though their tone would’ve been uncalled for, they would’ve been right. Wayne belonged to the Western. 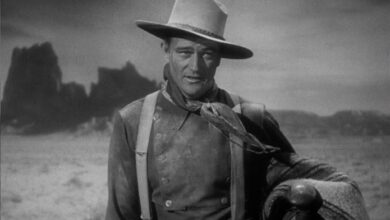 Before ‘Stagecoach’ John Wayne Starred in Over 60 Low-Budget Films 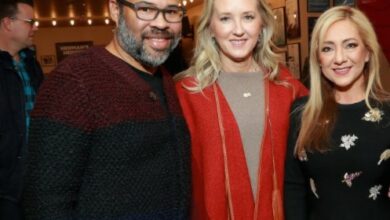 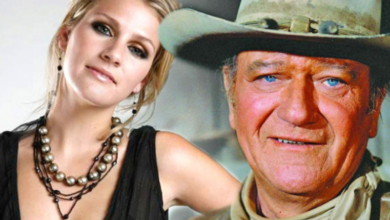 John Wayne’s daughter has spoken out in defense of her father and his legacy. 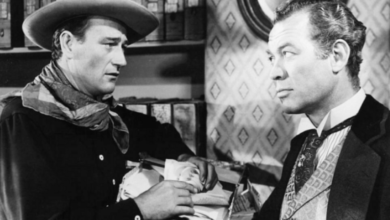 If not Clint Eastwood , who is John Wayne ‘s best friend ?