Sir David Jason has revealed he once erupted at Nicholas Lyndhurst while filming Only Fools And Horses, but thankfully for fans it was all in the name of comedy. David recalled the time as he looked back on his iconic role as Del Boy in the BBC hit show.

Sir David starred as Del Boy Trotter for over 30 years but at one stage it looked as though he was bringing down the curtains on his beloved character.

The popular actor has opened up on the humorous prank in a recent interview about his long acting career.

He said: “One day, Nick and I were in our very small caravan on location.

“We were all fed up because nothing was happening so Nick and I said ‘Why don’t we stage a huge row and you can storm out and say you’re leaving and I can shout at you saying don’t you ever come back again. I never want to work with you’.”

David Jason had his castmates panicked when he and Nicholas Lyndhurst were in a blazing row (Image: BBC / Getty)

Sir David and Nicholas decided to prank the cast after suffering with boredom (Image: BBC)

During their moment of boredom, the comedy duo decided to go ahead with their plan and begin their fake row.

Sir David explained: “The whole crew went stiff. Five minutes went by and the producer and director came to see me and they were quaking in their boots.

“They asked what’s going on and I told them to go see Nick.”

However, Sir David eventually gave the game away, but not everyone was pleased with the pair’s theatrics.

Nicholas Lyndhurst was famous for his pranks on set while filming the BBC comedy (Image: BBC)

Sir David has also had a serious battle with covid but saw the funny side of his collapse (Image: Getty)

He continued to The Sun: “I followed them out and when they got to him, I couldn’t contain myself any longer and roared with laughter.

“They went from white to purple in their faces. I don’t think the producer was much impressed.”

Sir David has starred in some of Britain’s most loved sitcoms and dramas over the years and despite his pranks with Nicholas Lyndhurst (who played Rodney Trotter) he is widely adored by the nation.

As well as hapless geezer Del Boy, he has played starring roles in A Touch Of Frost, Darling Buds of May and Open All Hours.

However, in October, the actor opened up on his “seriously bad” health battle in a discussion with BBC Breakfast’s Jon Kay.

He explained: “I went to the Fairford Airshow and I caught the dreaded Covid and did I get it bad – I got it seriously bad.”

The Del Boy actor added: “I got out of the bed in the early hours, to make a visit and because all my muscles were not working I collapsed and my arms wouldn’t work and my legs wouldn’t work.

“So being a very creative and inventive person as what I am, I thought, ‘How will I get from here to the door?'”

“You know when you see the Walruses you see David Attenborough, how they walk or crawl on land, in order to do that I needed to use my head.”In typically amusing style, the comedy legend described how he was forced to drag himself to the door during his struggle.
After the worrying experience, he would be understandably traumatised by the collapse.
However, the actor joked he was, “the first person to have Covid and carpet burns at the same time”. 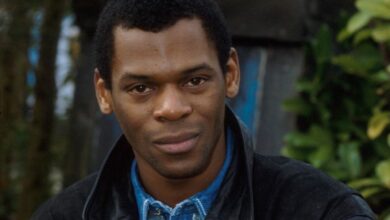 Only Fools and Horses: What happened to Jevon actor Steven Woodcock from EastEnders role to still getting heckled in the street by fans 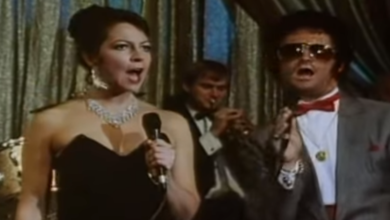 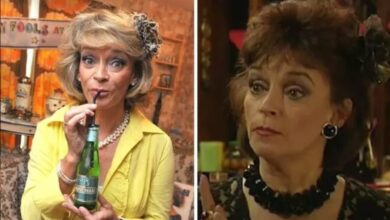 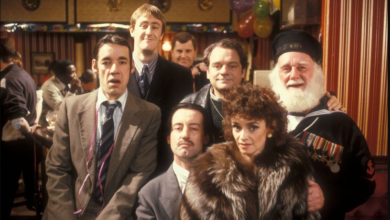 Only Fools and Horses: The ‘episode’ that was never shown on the BBC for a very special reason