Actor John Wayne once guest starred on The Lucy Show in a comedic bit alongside Lucille Ball that still tickles funny bones around the world. Many of his critics thought that he only played the same character in every role, but this television appearance allowed him to actually do so in a self-aware manner. Wayne was a movie star through and through, but his appearance on The Lucy Show certainly warmed many audiences up to him from home.

According to Wide Open Country, Wayne met Ball long before starring on The Lucy Show. They allegedly met through actor Maureen O’Hara, who collaborated with Wayne on Rio Grande, McLintock!, and The Quiet Man. It turned out that O’Hara and Ball were roommates at one point, which would make sense how they crossed paths.

Wayne and Ball ultimately became quite good friends over the course of their careers. They were both big stars in different mediums, but they held a great amount of respect for one another. As a result, Wayne starred in both Ball’s I Love Lucy and The Lucy Show.

Ball enjoyed a hilarious scene alongside Wayne in The Lucy Show Season 5 Episode 10. The episode titled “Lucy and John Wayne” finds Ball playing Lucy Carmichael and Wayne playing himself. She runs into Wayne in a restaurant, and nothing goes as planned. He’s dressed as one of the cowboy characters one would expect to see from one of his feature films. However, the social interaction goes from awkward to pure chaos. She accidentally splatters him in the face with ketchup, where he ultimately takes his leave.

The Lucy Show fans shared their experiences and memories with the show in the YouTube comments. Multiple folks expressed their sadness that there isn’t anything like this in the modern media canon. Ball and Wayne offered another era of a television and movie star that simply doesn’t exist anymore.

Ball and Wayne both brought their signature styles to this episode of The Lucy Show. She brings physical comedy in spades, delivering hilarious facial expressions that she will always be known for. Meanwhile, Wayne expressed his masculine cowboy image in costume and all. Nevertheless, he also displayed the family-friendly image that he always wanted to have in the entertainment he starred in.

He made rare appearances on television

Wayne was a movie star through and through. He certainly never took on long-term television roles because they didn’t interest him. However, that isn’t to say that he didn’t make some television appearances over the course of his career. Ball fans went wild for Wayne in I Love Lucy and The Lucy Show.

The Western movie actor provided an introduction to the radio show-turned television show Gunsmoke for his longtime friend, James Arness. He also starred in television series such as Casablanca, Wagon Train, and The Beverly Hillbillies. Even so, these were guest appearances that simply amplified his movie character image. 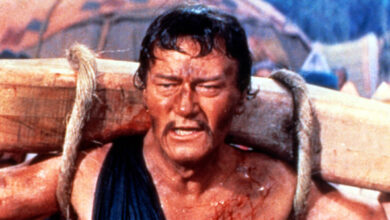 THE TRAGIC DEΑТΗ OF JOHN WAYNE 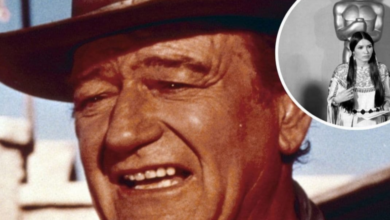 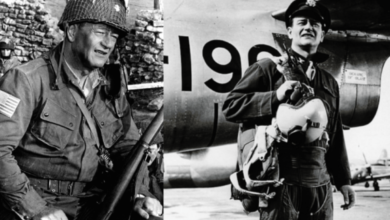 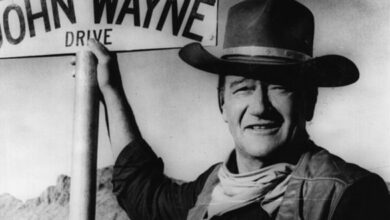