While he passed on other superhero movies, there is one comic character Clint Eastwood would have considered playing. By the time the ’70s arrived, Eastwood had become a major star off the back of the Dollars trilogy. The success of the Dirty Harry movies and The Outlaw Josey Wales only confirmed this status. He had also moved into directing, with his first film Play Misty For Me being both a critical and commercial success in 1971.

In the years that followed, he increasingly acted as both actor and director on his own projects. Throughout his career, Eastwood has typically stuck to his strengths, including genres like Westerns or thrillers. One subgenre he’s completely steered clear of is comic book movies, though that’s not from a lack of offers. He was one of the earliest choices for Dick Tracy – a part Warren Beatty would eventually claim – and his name circled other films like Men In Black and the unmade Batman Beyond live-action movie.

Speaking with Hero Complex (via MTV) in 2010, Eastwood explained his reasons for passing on 1978’s Superman, stating “I was like, ‘Superman? Nah, nah, that’s not for me.’ Not that there’s anything wrong with it. It’s for somebody, but not me.” Just about every viable leading man in Hollywood was considered for the Man of Steel during this time, including James Caan, Nick Nolte and even John Wayne’s son Patrick. Comic book films were very much an unproven genre during the ’70s, so it’s no surprise Eastwood gave it little consideration. That said, in the same interview, he stated an interest in one of Marvel’s first heroes, Namor the Sub-Mariner.

Eastwood Was A Childhood Fan Of Namor

Namor was created by Bill Everett and debuted in Marvel Comics #1 in the ’30s. The Sub-Mariner is more of an ant-hero than a straight-ahead heroic figure and is both half-human and half-Atlantean. His abilities include superspeed and strength, with Namor the Sub-Mariner’s mutant gene granting him flight via small wings on his angles. Of the character, Eastwood stated “The Sub-Mariner, that’s the one I always liked. I had all of those comics when I was a kid.” Given that Eastwood would have been around 10 when the comics arrived, it makes sense they left an early impression on him.

Namor the Sub-Mariner has had a colorful history across his comic’s history, including fighting with Captain America in World War 2, joining the X-Men and battling against Black Panther. The character is set to make his live-action debut in Black Panther: Wakanda Forever, played by Tenoch Huerta (The Forever Purge). It’s hard to imagine what an Eastwood Namor the Sub-Mariner movie might have looked like, had it happened around the ’80s. The actor would have nailed the anti-hero persona of the Marvel character, but it’s doubtful such a film would have explored his undersea kingdom much, given the state of special effects at that time.

Eastwood seems to have largely sworn off VFX-heavy productions following 1982’s Firefox too. Had Clint Eastwood directed, such a film largely would have avoided the goofiness of early comic book adaptations. In reality, even if Eastwood had been offered a Namor movie during his heyday, he likely would have passed, as he’s always favored more grounded stories as both actor and director; still, it’s fun to speculate. 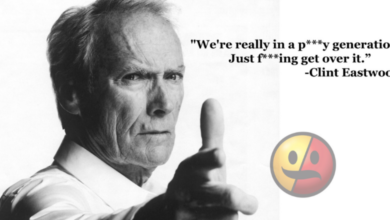 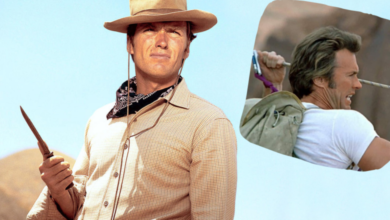 Clint Eastwood recalls one of the most dangerous climbs in the world taken during filming. 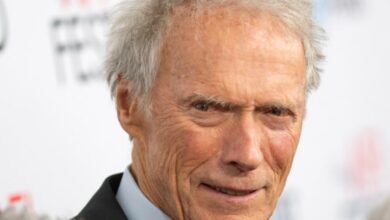