In a show as successful as Only Fools, it can sometimes feel like the success came naturally, or that the incredible performances fans know and love today just poured out of actors who were perfectly cast for their roles. But in truth, something as iconic as Only Fools can only come about if everyone is working hard at their craft.

Del and Rodney Trotter, played by David Jason and Nicholas Lyndhurst are no doubt the stars of the sitcom, but Grandad and Uncle Albert Trotter are both pivotal in offering a third dimension to the leading cast, and the show simply wouldn’t work without them.

This is why it may surprise you that when Uncle Albert actor Buster Merryfield had to step into Lennard Pearce’s shoes in season four of the programme following the Grandad actors sad death, he initially really struggled to find his footing in the show, with barely any TV experience under his belt.

Buster had a career in banking for decades before ever becoming a professional actor, but at 57 he finally landed the role on Only Fools having been an amateur actor for so long alongside his day job. Naturally when he first started, he was nervous.

So nervous in fact that it seriously affected his performance. He would get jittery and ‘crash’ into the audience with his lines – meaning he would blurt them out too early while the audience was still laughing from the previous joke. This meant scenes would have to be re-recorded, which would even further knock his confidence causing him to stiffen up even more.

Things got so bad that his two co-stars David and Nicholas sat him down for a chat, fearing he may get sacked if things carried on as they were. They all agreed to make a joke of it if anyone messed up, thinking that if they can all laugh about it the audience will too. This was exactly what Buster needed to loosen up and relax into the role.

He would go on to star in the show for the next decade, cementing his place in British TV history. 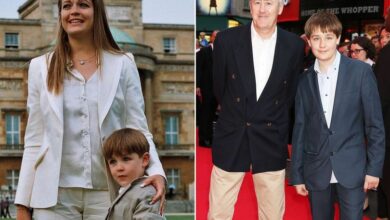 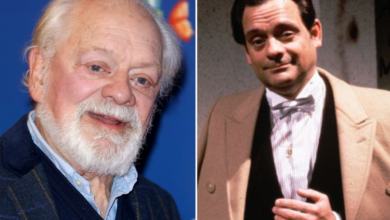 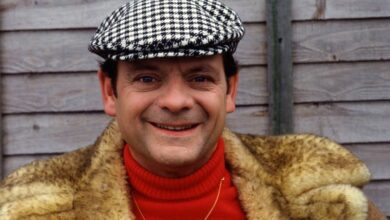 Only Fools & Horses quiz: Can you finish these hilarious Del Boy one-liners?