Goodnight Sweetheart may never be reincarnated onto our television screens after BBC chiefs allegedly turned down a new series of the famous 1990s show. When not starring as dodgy dealer Rodney Trotter in Only Fools and Horses, actor Nicholas Lyndhurst played Gary Sparrow in the time-travelling sitcom between 1993 and 1999.

The show’s writer Laurence Marks was up for penning a new batch of episodes to make viewers giggle and said he offered it to executives. Despite the show’s popularity and well-established fan base, Laurence claims he was snubbed and said he was told the corporation wanted to focus on new ideas, reports The Daily Star.

“We could have done another series of Goodnight Sweetheart, but the BBC pulled back from that”, explained Laurence to The Daily Star Sunday.

“They got frightened that they were putting on too many old shows — shows that had already been seen. So instead they put on shows that nobody wanted to watch. And that’s their choice.”

Goodnight Sweetheart pulled in 13million viewers at its peak. For anyone unfamiliar with the show, the story followed Gary Sparrow discovering a time portal where he can go back to the 1940s, and live a double life in two different eras.

The Beeb also turned down a new series of Are You Being Served? despite it being a hit with viewers. Instead, exes used licence fee cash to commission sitcoms including Holding The Sunset, Warren and Semi-Detached.

“You can’t talk about the things that you find funny because of what I believe is called cancel culture. So you avoid them. And if you avoid them, you lose your humour.”

Laurence, who also penned smash hit Birds of a Feather, added: “My entire career was made on not going to safe places.

“Now I wouldn’t avoid things that are supposed to be off-limits. I’d say, ‘Oh f*** it, cancel me’. Who gives a toss? It doesn’t matter. What matters is being funny.

“They might not keep their job for very long but they would produce some bloody good programmes.” 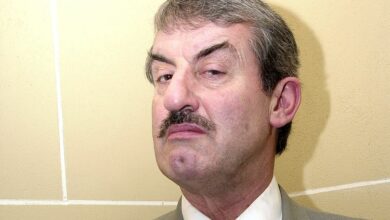 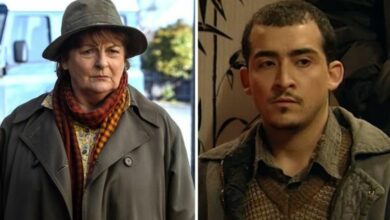 Vera season 11 cast: Fans spot Only Fools and Horses star in Vera’s As The Crow Flies 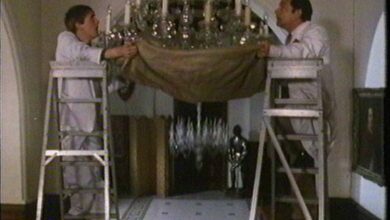