Thanks to his role as Rowdy Yates on the popular Western television show “Rawhide,” Clint Eastwood became famous. It was this role that propelled him into a movie star.

The actor’s charisma and star power are obvious on the show. So, it shouldn’t be a surprise to learn that as it went on Eastwood became the show’s main biggest star.

Even though the television series “Rawhide” was a positive force on his career, there came a time when Clint Eastwood filed a lawsuit in order to prevent the release of two episodes combined to make a movie.

According to MeTV.com, by the time “Rawhide” had ended its tenure on television Clint Eastwood was a star. He was popular thanks to his role on the show, but what also catapulted him to fame were his roles in “A Fistful of Dollars” during 1964 and “For a Few Dollars More” in 1965. Western fans will also know that “The Good, the Bad and the Ugly” followed in 1966.

Thanks to Eastwood’s fame, the studio Jolly Film, which had released “A Fistful of Dollars,” got its hands on two “Rawhide” episodes. This reportedly included the episode “The Backshooter.” This episode also included solid performances from Slim Pickens and Louis Hayward. The studio took that episode, etc. and changed the name to “The Magnificent Stranger.”

It was an effort to make money off of Eastwood’s growing fame. “The Magnificent Stranger” title, according to MeTV.com, was what “A Fistful of Dollars” was originally named.

Clint Eastwood, however, wasn’t happy about Jolly Film’s decision to combine the “Rawhide” episodes into “The Magnificent Stranger.”

And in order to keep it from being released in 1967, he filed a lawsuit to keep it out of theaters. The lawsuit was reportedly successful and the movie was never released.

According to IMDb.com, “Rawhide” aired from 1959 to 1965. It follows an ongoing cattle drive led by character Gil Favor and shares the encounters Favor and company have on their journeys with the audience. Playing Gil Favor was Eric Fleming.

You can watch a version of the opening credits of “Rawhide” below.

Clint Eastwood Was Also a Hero In Real Life

If you’ve seen one of Clint Eastwood’s movie Westerns, you know that he has played some larger-than-life characters. And, these characters are heroic figures in many ways. But, did you know that the actor once saved the life of someone else?

According to reports, the rescue took place while Eastwood was filming “The Good, the Bad, and the Ugly.” The person he saved was actor Eli Wallach.

The two actors were reportedly filming a stunt that involved a bridge being blown up. Before the bridge exploded on the set, Eastwood convinced Wallach to run away to safety on a hilltop nearby. This kept both actors from being too close to the explosion when it took place. Had they been where they were supposed to be, both probably would have died. 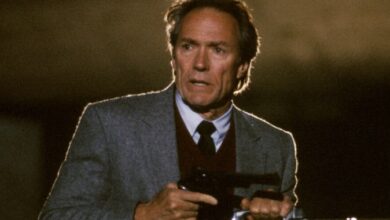 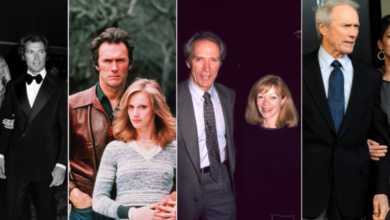 Why after many breakups, the last wife that Clint Eastwood chose was Christina Sandera? 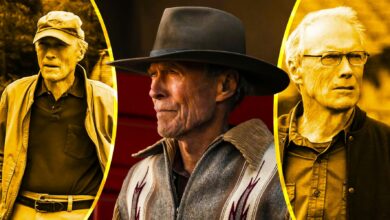 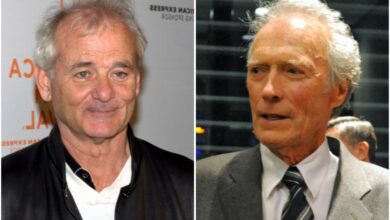