If you’re a movie fan, then you’ve likely spent countless hours watching the legendary Robin Williams on your TV screen. Williams had plenty of box office success, and though he missed out on some huge roles, he was able to stake his claim as one of the funniest and most talented stars of all time.

In the 1980s, Williams was establishing himself as a major film star, and DC approached him about playing the Joker. What Williams didn’t know is that the studio was simply using him.

Let’s look back on how Robin Williams was used as leverage by a movie studio.

Robin William Was A Legend

During the biggest years of his career, Robin Williams was one of the funniest and most loved performers in the industry. While best known for his comedy chops, Williams had an undeniable acting range that he flexed during his time on the big screen, forever cementing his place in Hollywood history.

Television and stand-up comedy were great vehicles for Williams to get rolling in the entertainment industry, but eventually, the actor shifted his attention to the big screen. It would be in the world of film that Williams would reach new heights in his career, turning into a bankable star in the process.

At one point, Williams was commanding top dollar for his work.

“The highest single paycheck Robin ever earned came from the 1999 movie “Bicentennial Man”, for which he was paid $20 million,” Celebrity Net Worth writes.

It’s amazing to reflect on what he accomplished, but like other stars, Williams missed out on some projects he would have loved to have done.

He Was Offered The Role Of The Joker

During the 1980s, Robin Williams was making strides on the big screen, and Good Morning, Vietnam was a film that helped show the world what he was capable of. In fact, this film is what got Warner Bros. on board with bringing him in to clash against Michael Keaton’s Dark Knight in 1989’s Batman.

According to We Minored In Film, “This performance earned Williams his first Oscar nomination, and it was fresh off of this that he was approached about playing the Joker. They even officially offered it to him, and by some reports he actually accepted.”

It’s wild to think that Williams could have played the iconic villain, and lord knows he could have given a great performance as the Clown Prince of Crime.

Sadly, Warner Bros. always had someone else in mind: Jack Nicholson.

Producer Michael Uslan said as much in an interview.

“From the very beginning, Nicholson was the only actor I thought could really play the Joker,” Uslan said, even detailing how Nicholson’s performance in The Shining many years earlier was why he always wanted him in the role.

The desire to get Nicholson was overwhelming, and little did Robin Williams know that he was simply being used.

Warner Bros. Was Just Using Him To Get Jack Nicholson

The ploy to lure Jack Nicholson by using Robin Williams as leverage worked like a charm for the studio.

“Once Nicholson caught wind of what was going down he went back to Warner Bros. and also accepted the role with a lot of clauses in his contract including a percentage of the box office takings and the ability to dictate his own working hours, earning a $6 million salary and percentage of gross plus 17.5% on merchandising, ultimately pulling in over $60 million,” We Minored In Film writes.

Williams was left in the dust, and Nicholson went on to make a fortune while turning in an iconic performance in the groundbreaking film.

Years later, Williams would once again be in talks with DC, and this time, he was up for the role of the Riddler in Batman Forever.

Williams, however, lost out on that role to Jim Carrey.

“Later on when we wanted to do the Riddler, it was going to be Robin Williams. With the Riddler, we wrote it with Robin’s voice. He read our script and loved it, they just didn’t make the deal. So when it came to Jim Carrey, he very much did our script. It was just a little less Robin Williams,” screenwriter Lee Batchler said in an interview.

This allegedly caused a rift between Williams and Carrey, something that the latter denied.

Robin Williams being used by a studio as leverage is a terrible tale from yesteryear. It’s a shame that he never got the chance to dabble in the world of Batman, something he clearly always wanted to do. 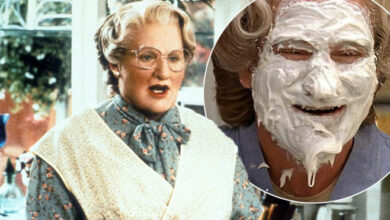 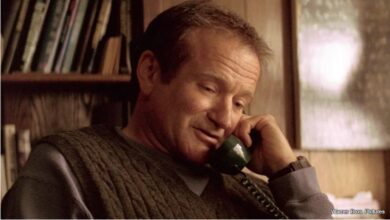 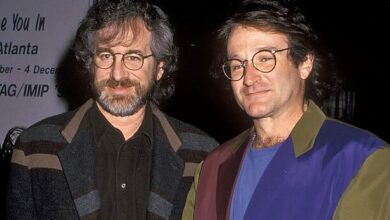 Laughter ‘sustained him’: Directors on the genius of Robin Williams 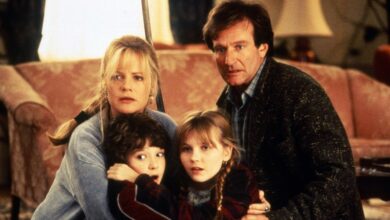