Only Fools and Horses was blessed with an incredibly talented and broad cast of actors who were perfectly placed to bring John Sullivan’s vision for the show to life, and one of the most memorable of these has to be Roger Lloyd Pack’s Trigger.

Always seemingly one step behind whatever is going on, the dopey but warm-hearted Trigger delivered countless one-liners and running jokes, whether it’s his constant of misnaming Rodney as Dave, or his heartfelt but hilarious admission that his dad died “a couple of years before I was born.”

It’s always interesting to hear exactly what the stars of the show think about it though, and which moments they would pick as their absolute favourites, with a bit more sentimental value to their decision making having gone through the whole filming process.

Roger was no different when asked about his top moment from the 23 year series, admitting there was a lot of competition, but that it could only be one of the most iconic scenes the show ever produced and one that many fans would agree with.

Speaking at an Only Fools convention to an interviewer from the Only Fools and Horses Appreciation Society, he said: “I’ve got lots of highlights, obviously the falling through the bar scene was very special. We spent a long time working it out and it’s been a very particular little episode, very famous and won prizes and things so obviously that.

“There are lots of lovely moments though.”

The falling through the bar scene, from the episode Yuppy Love, sees Del talking to Trigger in a cushty wine bar when he goes to lean on the bar without realising it’s been lifted open, causing him to fall flat on his back as David Jason tried to hold his position as he fell for comedic effect.

Roger’s confused reaction as Trigger wondering where Del disappeared to remains one of the funniest and best loved scenes of any in the show, and it was also nearly completely improvised, as Boycie actor John Challis once explained to the Telegraph : “Roger happened to be at the BBC at the time and he had a break, so they found Trigger’s blue suit and stuck him in this scene, which was almost improvised. 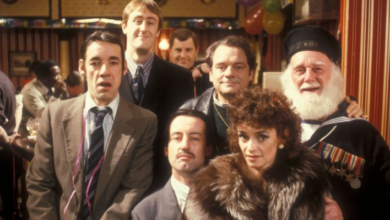 Where is the cast of Only Fools and Horses now? From kids with on-screen son to a tragic cancer diagnosis 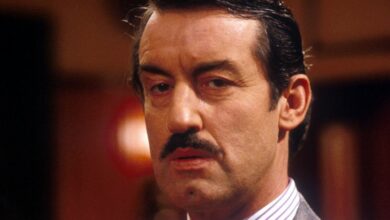 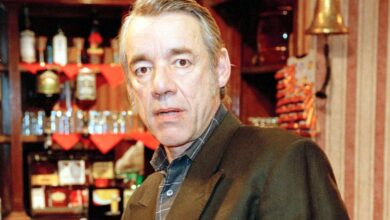 Only Fools and Horses: David Jason snubbed by schoolgirl while filming BBC show