Daphne Bridgerton’s awful bangs have caused somewhat of a stir on social media because of how distracting and awkward they look, so it might surprise some Bridgerton fans to learn that the hairstyle was inspired by fashion icon and legendary actress Audrey Hepburn. In Bridgerton, the costumes and hairstyles are often front and center with eye-catching colors, ornate details, and gravity-defying hairstyles. The designers and stylists made thousands of costume pieces for Bridgerton and that diligence shines through every scene. So why did the stylists make the seemingly bizarre choice to give Daphne (Phoebe Dynevor) a hairstyle that, frankly, made her look kind of silly?

In Bridgerton season 1, episode 1, “Diamond of the First Water,” Daphne is introduced with two tiny whisps of hair curled on her forehead in a familiar Regency Era-inspired style. The little baby hairs seem to reflect the theme of the opening scene: Daphne will debut before the queen, officially enter adulthood, and begin looking for a suitable husband, but Daphne is still, in many ways, immature and naïve. As the show progresses, Daphne’s bangs are styled a few different ways that range from inoffensive to total eyesore. Generally, the later episodes of Bridgerton show Daphne’s bangs becoming softer, longer, and less structured. Marc Pilcher, the lead hair and makeup designer for Bridgerton, has explained that this was intentional.

In an interview with Harper’s Bazaar, Pilcher revealed that Daphne’s hairstyle was inspired by Audrey Hepburn’s character, Natasha Rostova, in the 1956 film War and Peace. In the interview, Pilcher says, “If you look at the images for that film, obviously, it was made in the 1950s, even though, again, it was a Regency period film.” Daphne’s bangs in Bridgerton season 1 are indeed almost identical to Natasha Rostova’s in War and Peace. At times, both characters have their bangs worn pulled back, but the resemblance is clear when their short, center-parted bangs are worn down.

With the inspiration for the hairstyle in mind, it makes sense that Daphne’s hair was styled to reflect the naivete of Natasha and the stylishness of Audrey Hepburn. Pilcher also confirms that the way Daphne’s bangs change throughout Bridgerton was an intentional development – not an attempt to fix a mistake. “We cut more sort of feathery bits just to sort of loosen it up even more,” Pilcher explains, “because [Chris Van Dusen] wanted to see a progression of the softness of her as we went through—that’s how they came about.”

By the end of Bridgerton season 1, Daphne progresses from a carefree yet repressed debutante into a young woman who has found liberation in expressing her sexuality. However, she finds herself suffering from the consequences of her sheltered life in very real and emotional ways. While the character is not yet fully realized, and Bridgerton season 2 will hopefully explore Daphne’s continued growth, Daphne’s evolving hairstyle reflects the evolving nature of her character. 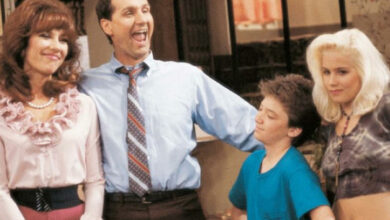 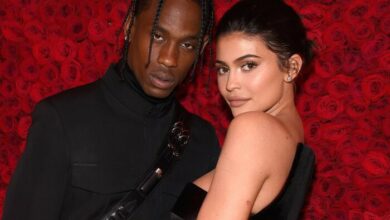 Kylie Jenner and Travis Scott are expecting their 2nd child. Here’s a complete timeline of their relationship. 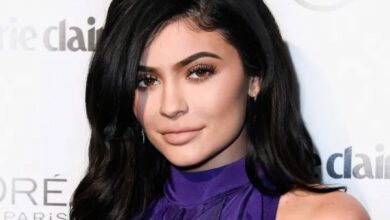 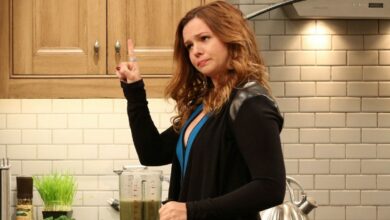 Two & A Half Men: 10 Things That Make No Sense About Jenny