Few names in Hollywood history are so iconic as Audrey Hepburn. The talented actress and fashion icon starred in some of the most important movies we have seen, such as Breakfast at Tiffany, and she also dedicated part of her life to philanthropy, and she was also a UNICEF Goodwill Ambassador.

Audrey Hepburn slowed down her career for one year when she had her first child. The actress also spent three decades living in a small city in Switzerland, far away from the spotlights. Before becoming a star, Audrey Hepburn had a life that would be a plot of a movie, thanks to the WWII. Here are some unknown facts about Audrey Hepburn.

10Her Real Name Is Not Audrey

As we know, many artists change their names when they start their careers. Audrey Kathleen Ruston decided that Audrey Hepburn would sound better on screen, and that is how we remember her up to today. She was born in Ixelles, Belgium, in 1929. According to some sources, her mother changed her name during the War, and Audrey was named Edda Van Heemstra. The idea was to hide her British origins and be safe during that period.

As we know, it was like Audrey Hepburn that she became one of the most famous names in the industry.

The World War was something that defined Audrey Hepburn’s life in many ways. Like countless other families, her home suffered from the lack of food due to restrictions imposed on the Netherlands, where she lived back then. Audrey Hepburn, who was very young during that period, suffered from malnutrition and hardly had food to eat. According to some sources, her diet was based on tulip bulbs, lettuce, and peas.

When the War ended, Audrey Hepburn was 16 years old and weighed 88 pounds. After that, the actress loved to eat, and chocolate was her favorite food because she associated that with freedom.

8She Helped The Resistance During World War II

Audrey Hepburn used to dance ballet to raise money to the Dutch Resistance movement during the Second War. According to some biographers, the actress also was a messenger, and eventually, she delivered money and messages to members of the resistance.

“Every loyal Dutch schoolgirl and boy did their little bit to help,” said Audrey. “Many were much more courageous than I was,” the actress once said.

A contradiction is that her father, Joseph Ruston, was a Nazi sympathizer. However, it seems that he was not a constant presence in her life.

7She Was A Talented Ballet Dancer

Audrey Hepburn started dancing ballet when she was five years old, and her dream was to become a professional dancer in London. However, as we mentioned, Audrey Hepburn suffered from malnutrition during WWII, and it affected her career as a dancer forever. Perhaps, if it was not for that, we have never met Audrey Hepburn as an actress. Dancing was still a bit part of Audrey’s life, and we have seen her perform in some movies, such as Funny Face.

6She Was Afraid Of Water

We all have fears, and Audrey Hepburn was no different. The actress was highly afraid of water, but she had to face her fear in some moments.

During the movie Two for the Road, she had to shoot a scene falling in a pool. Although Audrey Hepburn was very professional, she had lots of problems to shoot that scene. The staff had to be in the pool, so she would feel more secure in case something happened. But we can not tell it was so much trouble watching the movie.

5She Was Not Truman Capote’s Choice

Can you imagine another actress playing Holly Golightly at Breakfast at Tiffany? Audrey Hepburn was flawless, and it is impossible to imagine someone else doing it. However, Truman Capote, who wrote the original book, wanted Marilyn Monroe to play the role.

Monroe declined to be part of the movie since she got advice that playing a prostitute would not be good for her image. The studios gave the role to Audrey Hepburn, and Capote was not happy. “Paramount double-crossed me in every way and cast Audrey,” he said. We have to disagree with him since we love Audrey in that movie.

4She Smoked Three Packs A Day

Audrey Hepburn also had her flaws, and sometimes she smoked three packs of cigarettes a day, which is approximately 60 cigarettes, which is impressive. She started it when she was 15 years old, during World War II. There are several scenes with her holding a cigar, and we also have to remember it was considered something cool back then, and there was something elegant about smoking.

According to some sources, the actress used to smoke because it made her feel calm, and her favorite brands were Gold Flake Cigarettes and Kent Cigarettes.

Can you imagine Audrey Hepburn as our First Lady? Few people know, but she had a relationship with John F. Kennedy when he was still a senator. Their relationship was very low profile, and it seems that neither of them thought about it as something serious. They grew apart, but there was still a bond between them.

Although no one remembers it, Audrey Hepburn sang Happy Birthday to John F. Kennedy when he was already a president. She performed one year after Marilyn Monroe, and probably that is the reason people don’t remember it since Monroe’s presentation made history.

2She Also Had Haters

Audrey Hepburn is still one of the most important names in Hollywood history. Most people might have the feeling that everyone would love to share the screen with her, but even Audrey Hepburn had some haters. Humphrey Bogart, who worked with her in Sabrina, said that she was not talented and could not act. Another A-list star who was not a fan of Audrey was Marlon Brando. Some sources say that he refused to work in War and Peace because Audrey was also part of the project because she was not talented. We have to disagree with them.

1She Had A Deer

Many people make traditional choices when they are looking for a pet, but Audrey Hepburn, had to adopt a deer for a while. The animal would be on set for the film Green Mansions, and he would have to follow Audrey in some scenes. To make things easier, the trainer said that Audrey Hepburn should adopt the animal for a while, so they would create a bond. The actress agreed it would be a great idea, and there are multiple pictures of both of them together. 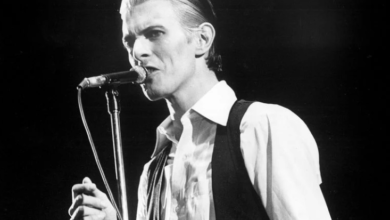 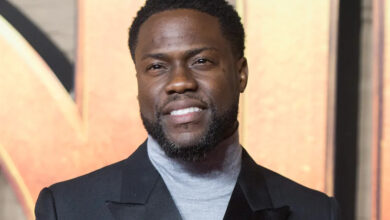 Help me if you can! Sir Paul McCartney lends a hand after witnessing traffic accident between car and quad bike during lavish family holiday in St Barts 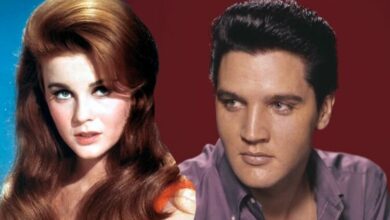