That ’90s Show was confirmed back in October of 2021 and the production of the spinoff will be finally wrapping up within the next month. That ’70s Show was a successful sitcom that ran for several years. And while the original series concluded over 16 years ago, many fans still fondly remember and revisit the series.

The hit propelled many successful careers, including those of Ashton Kutcher, Mila Kunis, Topher Grace, and Laura Prepon. With the impending release of the spinoff, fans are curious about what to expect from this next generation.

Production for this spinoff was set to start in early 2022. As far as the rumors go, the filming of the show should be ending sometime at the end of June. While the show rewinds the audience back to 1995, it jumps ahead to the ’90s from the original ’70s timeline.

Bonnie Turner and Terry Turner, the original co-creators, are back as the showrunners for this long-awaited continuation. Along with the cast, the showrunners have been filming the series at the Netflix Headquarters in Los Angeles.

Fans have been hoping for a release of this spinoff sooner rather than later. However, they’re going to have to wait a bit longer for the show to hit Netflix.

Considering the audience hasn’t seen the stars since the ending of the original series “back” in 1979, waiting a few months to get dropped into 1995 shouldn’t be too difficult. It’s rumored that the release of That ’90s Show is set for September or October of 2022. However, other sources say it will be released to the streaming site at the beginning of January 2023.

This original series aired on Fox from 1998 to 2006. It was quite a successful show, featuring eight seasons and 200 episodes. The show focused on Eric Forman (Topher Grace) and his group of friends as they navigated teen life in the ’70s.

Fans are going to want to binge the original series, once again, before watching the spinoff. However, Netflix lost its global rights to the series back in 2020. With the new show in the works, it is possible the streaming site will acquire the licensing once more before That ’90s Show airs, but nothing has been released to confirm this.

While the ’70s show that aired for almost a decade was widely successful, the show That 80s Show was hit and miss. In fact, many fans of the original series don’t even know of or remember this short-lived spinoff.

The show was a good effort on Fox’s part to capitalize on the success of the first series, but this iteration only aired for a single season in 2002. The only connection between this failed attempt at a continuation was that the main character, Corey Howard, was the supposed cousin of Eric.

One reason this spinoff is likely to be more successful than the failed spinoff in 2002 is that it involves many of the original cast and follows a similar premise. This series will follow Eric and Donna’s daughter, Leia, who has come to Wisconsin to stay with her grandparents.

There are high expectations for the plot of this spinoff. While there is a lot to love about the original, fans are hoping That ’90s Show will improve some aspects of the original. The audience is sure to find nostalgia in Leia’s character, but they’re also hoping there’s a strong focus on her friends, as well.

Fans are curious who will be returning from the original cast. While it’s confirmed most of the main characters will be returning for the spinoff, Red (Kurtwood Smith) and Kitty (Debra Jo Rupp) Forman are likely going to have more prominent roles than others.

Since the show focuses on Leia staying with her grandparents in Wisconsin, Red and Kitty will once again be chasing a young, energetic teenager. These parents were two beloved characters and while Kitty was a funny, entertaining mother, she was also loving with a depth of character. Many fans also loved Red’s fathering of Eric, despite often being stoic and harsh

Since the show focuses on their daughter, it’s a must that Donna and Eric return for the spinoff. It’s likely that Eric and Donna (Laura Prepon) will still have an active role in their daughter’s life, despite her living with her grandparents.

While fans may be excited to get to know Leia and her group of friends, finding the excitement of teen life that drove the original series, it will also be interesting to see how Donna and Eric parent their daughter now in adulthood. Hopefully, the show will offer snippets about the parent’s life outside of being Leia’s mother and father.

What’s the show without the shenanigans of Kelso, Jackie, and Fez? Hopefully, the audience will not have to guess. It has been confirmed that Kelso (Ashton Kutcher), Jackie (Mila Kunis), and Fez (Wilmer Valderrama) will all be making guest appearances in the spinoff.

However, there were many recurring characters in That ’70s Show that fans are interested to see make a return in the spinoff. While the friends are a must, other great characters that added to the plot and it has been confirmed that the beloved Leo (Tommy Chong) will also be making an appearance.

While most of the original cast will be appearing in one capacity or another, there is one character that is sure not to make an appearance. It has been confirmed that Danny Masterson, who played Hyde, will not be returning.

Some fans of this show loved seeing Masterson and Kutcher star together once again in Netflix’s The Ranch. However, Masterson was cut from the show due to sexual assault allegations against the actor. In connection with his impending trial, the actor is the only main friend out of six that will not be appearing. 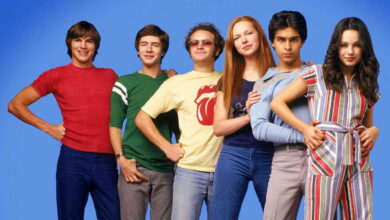 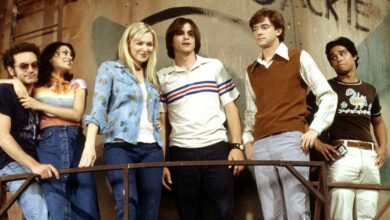 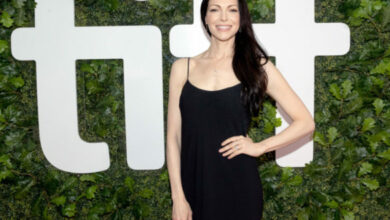 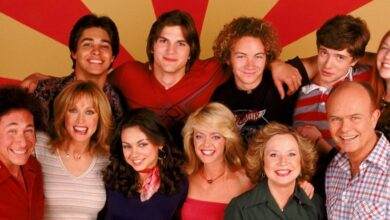 The ‘That ’70s Show’ Gang Is Getting Back Together For ’90s-Set Sequel (Minus Danny Masterson, Of Course)