Sir Paul McCartney is coming to Syracuse for the first-ever event at the newly renamed JMA Wireless Dome.

The Beatles legend will perform at Syracuse University’s JMA Dome (formerly the Carrier Dome) on June 4, at 8 p.m. It’s his first concert in Syracuse in five years and the only Upstate New York stop on his 2022 “Got Back” tour dates.

“I think it’s awesome,” said Syracuse University Vice President & Chief Facilities Officer Pete Sala. “You couldn’t ask for a better opening to the new JMA Wireless Dome. I’m a big fan of his, so this is a great show for everybody — for the community, for the university.”

The show is nearly sold out, which means big crowds with a lot of traffic looking for parking. Here’s everything you need to know about the show.

For those that are using digital tickets from the Ticketmaster app, Sala recommends fans download them in advance. If 35,000 fans try to download them as they’re walking into the venue, that will slow down internet speeds and make getting in take longer.

“When you have that many people are trying to download their tickets all at once it’s gonna be slow, so you’re better off doing it before you get here so you don’t run into that and have that nervousness of trying to download your tickets,” the dome director said. “So that’s something new … since this entire ticket package was wireless.”

WHEN SHOULD FANS ARRIVE?

Parking lots open at 2 p.m. Saturday, and gates to the JMA Dome will open at 6 p.m. The show doesn’t begin until 8 p.m., but Sala recommends fans plan on arriving early as the roads will be busy, even with Syracuse police helping to direct traffic.

“We encourage people to find alternate routes” and arrive early, Sala said. “What I prefer people do is take 81 to 481 and get off at Rock Cut Road and come down Brighton (Ave.), or take 481 and get off at Jamesville Road, come up through Nottingham and hit Colvin Street and come in the back way up to the Skytop. That’s kind of like a hidden gem.”

Parking lots west of the dome have been sold out in advance, so people without passes are encouraged to come early and park at Skytop or Manley Fieldhouse and then take a shuttle to and from College Place. (Shuttles are free, but parking in most lots will be $25.) There is also limited street parking near the main campus around Genesee Street and Comstock Avenue, but Sala cautioned that there is also construction going on.

Rideshare services like Lyft and Uber also have a designated dropoff area by the Newhouse School, a short walk from the dome.

Both. Parking lots will mainly be cash only, Sala said, while all concessions inside the JMA Wireless Dome are cashless. In other words, bring at least $25 cash for parking and at least one major credit or debit card for any purchases inside.

Proof of vaccination or a negative Covid test is no longer required for dome events, and masks are also not required — but the concert promoter is still recommending masks be worn inside. Covid community levels spiked this spring in Central New York, leading the CDC to recommend masks indoors for nearly two months. Cases and hospitalizations have recently dropped off and the CDC dropped its recommendation last week, but older and immunocompromised fans may still want to wear masks due to the large crowd. (McCartney himself is 79.)

Masks are still required on public transportation in New York state, so any concertgoers taking a bus or shuttle to the stadium will need to bring a face covering. (Sala said there will be staff passing out masks at shuttle stops.)

The two-time Rock and Roll Hall of Fame inductee performed more than 30 songs in a three-hour set at the Carrier Dome in 2017, including hits “Yesterday,” “Let It Be,” “Hey Jude” and “Maybe I’m Amazed.” His new “Got Back” tour is similarly packed with fan favorites, such as “Can’t Buy Me Love,” “Love Me Do,” and a virtual duet with John Lennon on “I’ve Got a Feeling,” using footage from the Beatles’ famous rooftop concert featured in Peter Jackson’s recent “Get Back” documentary series.

Eubanks was one of the first U.S. promoters of The Beatles, producing the band’s 1964 and 1965 concerts at the Hollywood Bowl on top of shows by the Rolling Stones and other big names. In a phone interview with syracuse.com | The Post-Standard, Eubanks said McCartney was great, both on and off-stage.

“I got along with Paul,” Eubanks said. “In ‘64, I asked him ‘What do you want to do while you’re here?’ He said, ‘I wanna meet Jayne Mansfield.’ She invited the Beatles to go to Whisky A Go Go, but he wasn’t available that night… The first year (in the U.S.) the Beatles were very wide-eyed and really fun. The second year they were tired, but they wanted to meet Elvis (Presley)… When he did they just stared at him. Paul McCartney said he saw something at Elvis’ house that they had never seen before. You could hold it in your hand and change the TV channel with it.” 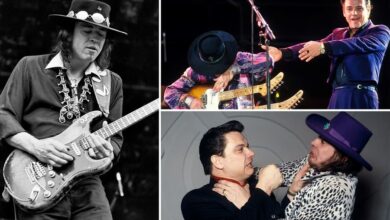 Stevie Ray Vaughan Was Back on Track, But One Trip Ended It All 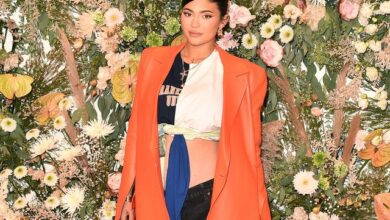 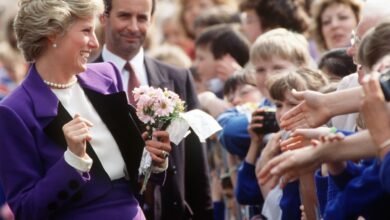 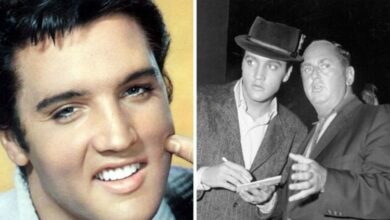