Audrey Hepburn’s life is getting the Hollywood treatment.

According to multiple reports, Rooney Mara is going to portray the iconic actress in an upcoming biopic directed by Call Me By Your Name’s Luca Guadagnino. In addition to playing the lead role, Mara is producing the film for Apple.

Though Mara bears some similarity to the Funny Face star, social media users were quick to express disappointment that another lookalike was passed over for the role, with one person tweeting, “Lily Collins was born to play audrey hepburn and yes she does have the range. i said what i said.”

Collins has frequently replicated images of Hepburn throughout her career, and has expressed admiration for the Breakfast at Tiffany’s actress. In 2017, she attended a Givenchy fashion show, telling W Magazine, “I’ve loved the brand ever since I was little, just because of its association with Audrey.”

Though it’s hard to find fault in casting the two-time Oscar nominee.

The details of the movie are still unknown, but Hepburn’s life is ripe for storytelling. Born in Belgium to an upper middle-class family, she received a proper education and traveled between Belgium, England and the Netherlands, the latter being where she lived during World War II. Archive Photos/Getty Images, Dave J Hogan/Getty Images

During the German occupation of the Netherlands, Hepburn danced to raise money for the Dutch resistance efforts and reportedly helped the Allied soldiers by supplying them with food and volunteering at the hospitals, though the extent of her efforts are unknown.

Following the war, Hepburn and her family relocated to Amsterdam, where she took dance classes while also maintaining a job as a cook and housekeeper to support her family. Eventually, she moved to London to purse a career in acting and dancing.

But it wasn’t until Hepburn landed the role of Princess Ann in the 1953 film Roman Holiday that her career took off, with her portrayal of the princess earning her an Academy Award, a Golden Globe Award and a BAFTA. She went on to star in classic movies like Breakfast at Tiffany’s, Sabrina, My Fair Lady and Funny Face. Paramount/Kobal/Shutterstock

Moreover, Hepburn dedicated her life to humanitarian efforts, traveling across the globe to bring attention to the children impacted by war. For her work, she was presented with the Presidential Medal of Freedom—just one of many honors she received before dying from cancer in 1993 at the age of 63.. 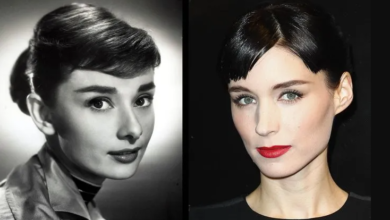 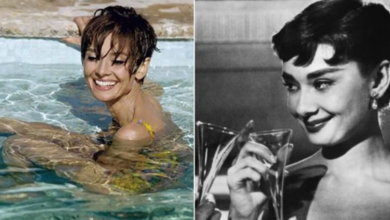 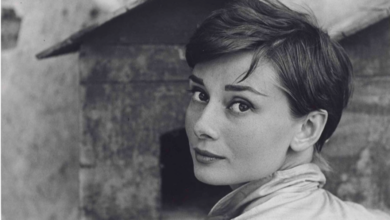 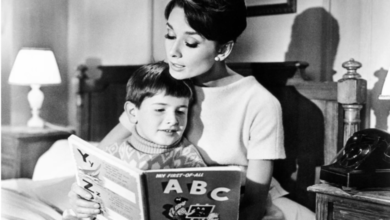