When it comes to movie careers, few Hollywood stars have had as wide a range of experience as the late Robin Williams. The man was in comedies, dramas, thrillers, and even sci-fi films, and worked with some of the industry’s best actors and directors along the way — including the legendary Francis Ford Coppola. But even for someone as talented as Williams, there’s bound to be a few broken eggs when you spend your life making cinematic omelets, even when working with the man who helmed “The Godfather.”

Back in the 1990s, Coppola and Williams thought it would be a good idea to team up and make a movie together despite them not having much in common, film-wise, other than a reported friendship outside of Hollywood (per The Telegraph). You had the feel-good king of comedy at the time, Williams, making hits like “Aladdin,” “Mrs. Doubtfire,” and “Jumanji,” while Coppola was still riding high off his “Godfather” success and being propped up by cinephiles for his legendary dramatic prowess, shown off in films like “Apocalypse Now” and “Bram Stoker’s Dracula.” However, they would both take a completely different route with the previously mentioned movie that they decided to do together — which wound up being one of the biggest flops of both of their careers.

The 1996 film “Jack” is a movie that, for some ’90s kids, will always hold a very special place in their hearts. However, the reviews and box office numbers tell a much different story.

“Robin Williams’ childlike energy is channeled in all the wrong places with ‘Jack,’ a bizarre tragedy that aims for uplift but sinks deep into queasy schmaltz,” reads the critics consensus on Rotten Tomatoes, where the film holds an embarrassing 17% Tomatometer rating. According to The Telegraph, “Jack” was one of the only movies in Williams’ long and storied Hollywood career that didn’t manage to surpass the $100 million mark.

“I thought that if I took Robin Williams… and seven nine-year-old boys, and kept them ‘captive,’ in a manner of speaking, living together at my ranch, it might work,” explained Francis Ford Coppola in a 1996 interview (via The Telegraph). “The kids would become friends, and Robin would become reacquainted with the child within.” But most moviegoers weren’t buying it, and actually, neither was Williams at first. In 1996, he told The Calgary Sun, “When the script for ‘Jack’ came to me, I gave it a resounding ‘no.’ I told Disney I’d been there and done that enough. I’m 44 and furry. The only thing I’m really suited for is the musical version of ‘Congo'” (via The Telegraph).

Williams and Coppola never worked together again after “Jack” but reportedly remained friends until Williams’ death in 2014 (via the Toronto Star). 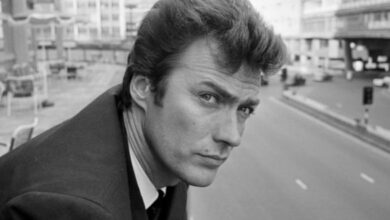 Why Clint Eastwood Turned Down the Role of James Bond 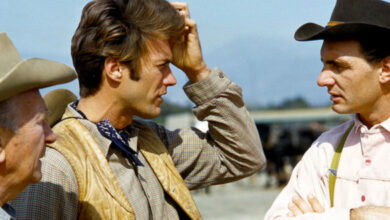 ‘Rawhide’: Clint Eastwood and Paul Brinegar Toured as a Musical Act During the Show 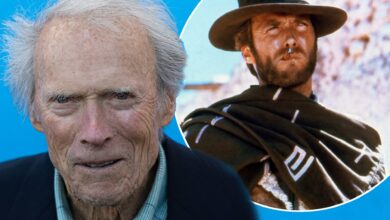 Clint Eastwood, 91, is on fine form as cuts a dapper figure at the AT&T Pebble Beach Pro-Am golf tournament

On This Day: Clint Eastwood Film ‘Honkytonk Man’ Loosely Based on Jimmie Rodgers Hits Theaters in 1982