One of the best things about the Christmas period is we’re guaranteed to be blessed with every single episode of Only Fools and Horses on television.

As the BBC sitcom runs on a loop there’s always at least one debate amongst family and friends concerning which episode is the funniest, or most enjoyable to watch.

With seven series and 16 Christmas specials, there’s so many great episodes to choose from and they’re all very entertaining.

It has been 39 years since the first episode, Big Brother, debuted on the BBC and the show remains the most watched and most loved British sitcom of them all.

For more news and features about London directly to your inbox sign up to our newsletter here.

The cockney comedy never gets old.

Only Fools and Horses creator and writer John Sullivan has blessed British TV for decades through his ingenious humour.

So we’re sure you’ve got your own personal favourites, but these 11 episodes are the ‘Crème de la menthe’ of Only Fools.

Let us know your favourite Only Fools and Horses episodes in the comments section.

11. The Russians Are Coming

As the threat of nuclear war looms over Peckham, brothers Del and Rodney, along with Grandad, build a DIY nuclear fallout shelter in case World War III was to break out.

The Trotter trio then spend their time in the shelter chatting about conflict and the potential aftermath of a nuclear attack with Grandad giving a passionate ‘war is hell’ speech.

Determine to beat the four-minute warning they position the shelter on top of Nelson Mandela House.

Slater seemingly convinces old ‘pals’ Del, Trigger, Boycie and Denzil that he’s a changed man until his motive is revealed – he’s the ex-husband of Raquel Turner. Del then blackmails Slater into leaving Peckham for good and divorcing Raquel.

This Christmas special from 1985 sees Boycie and his business buddy Abdul Khan convince Del Boy to visit The Netherlands to smuggle diamonds.

With a £15k pay packet Del takes on the dangerous mission and crosses the waters with ‘experienced seaman’ Uncle Albert and brother Rodney in tow.

PC Roy Slater catches the gang in the act before his own arrest for corruption. The episode ends with Del Boy throwing £15k of real cash over their balcony thinking it was counterfeit, it frustratingly wasn’t!

Del Boy and Rodney dress up as Batman and Robin to attend the fancy dress party of publican Harry Malcolm. However, Boycie forgot to mention to the pair Harry actually died the day before and the party is now a wake.

This is also the episode when Trigger drops one of his most famous moments and reveals the history of his beloved broom say “its had 17 new heads and 14 new handles.”

Rodney is thrilled to win a holiday abroad after Del Boy enters him into a painting competition he saw advertised on the back of a box of cornflakes.

When the Trotter’s touch-down in Spain an excited Rodney soon realises he’s won a prize for children and must now pretend to be 14-years-old throughout their trip.

Del Boy poses as Rodney’s father whilst Rodney’s girlfriend Cassandra pretends to be his step-mum.

Glass of water anyone?!

Del Boy inherits Grandad’s allotment and is summons to clear the overgrown land by the council and sparks a huge scam.

The Trotter’s discover an unknown yellow substance and enlists Trigger and Denzil to help them dump the liquid.

After setting up a water source at the allotment they construct a production and Peckham Spring Water is born – which is actually just tap water from Nelson Mandela House.

Dressed in a striped shirt, red braces and armed with a Filofax Derek Trotter tries to transform himself into a high-flyer.

His new ‘yuppy’ image sees him drinking at a local bistro rather than the usual Nag’s Head, which is when Del famously falls through the bar whilst telling Trigger to “play it nice and cool son, nice and cool you know what I mean.”

During the episode Rodney meets future wife Cassandra for the first time.

Pregnant Raquel agrees to team up up with Tony Angelino, the singing dustman, to perform a duet at the Starlight Rooms.

However, everyone is unaware Tony has a speech impediment and sings Roy Orbinson’s hit song Crying as ‘Cwying’.

Later on at Nelson Mandela House, Raquel confirms they carried on with the performance, with Tony singing “Please Welease Me”, “Congwatulations”, and the “Gween Gween Gwass of Home”, followed by a medley of “wock and woll” according to Rodney.

This episode is remembered by most viewers for one unforgettable scene – the crashing chandelier.

2. Time on Our Hands

Although this wasn’t the final Only Fools and Horses episode, Time On Our Hands was a fairy tale ending for the Trotters as they finally became millionaires.

The episode also reminisces on their life in Peckham and how their wheeler-dealer lifestyle will change now they’re wealthy.

The 1996 Christmas special pulled in 24.35 million viewers when it debuted on the BBC making it the most watched episode of all time.

The Jolly Boys’ Outing was the perfect mixture of humour, disaster and romance and is also a favourite episode amongst fans.

All the Peckham lads leave London for a day trip to Margate on a bank holiday weekend which sees their coach exploding, Rodney getting arrested and Trigger losing his dolphin!

This episode is when Del Boy reunites with Raquel and Rodney struggles with his marriage to Cassandra. It’s a classic and top tier comedy. 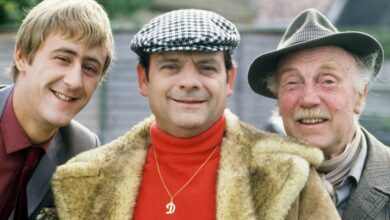 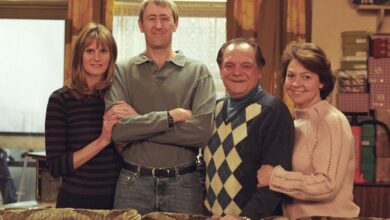 Only Fools and Horses: The Hollywood A-lister who was very nearly cast as Rodney’s love interest 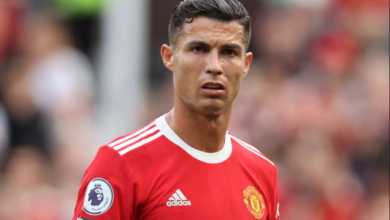 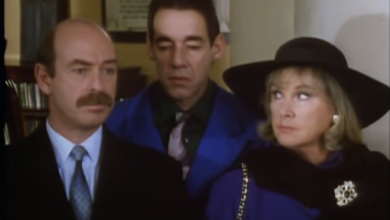