Clint Eastwood only received $15K for his changing role as “Joe” in A Fistful of Dollars.

The film was directed by Sergio Leone, who was credited with creating the genre of “Spaghetti Western.” Leone is renowned for his unique films that are based on the storylines of his Italian roots. It differentiates the Italian Westerns from John Ford’s American genre.

A Supreme Star Cast for $15K

Leone locked in Eastwood as the star of the Dollars films. Clint played the character of “Joe” upon his acceptance of the $15,000 role.

“Sergio was terrific for me,” Eastwood tells Empire magazine. “I was this young man, having done three years on Rawhide, with an Italian director who spoke no English. I thought it was insanity and that insanity was intriguing for me.”

“I was a big fan of John Ford, and Sergio was too, but his approach was so different: he had no restrictions, he’d kind of go off and do what he wanted even if it was somewhat satirical. It was certainly different from me,” he adds.

The actor was originally a Western actor when appearing in the hit TV series Rawhide and films Dirty Harry and The Good, The Bad and The Ugly.

The trilogy of the “Dollars” saga helped skyrocket Eastwood’s talents. He was able to continue using his popularity for his successes in other films. Clint is now an award-winning director thanks to the film drawing awareness to his talents as a creator.

Eastwood is now better-known for his directing chops. The long list of films directed by Clint Eastwood includes well-known titles, such as Mystic River, Gran Torino, American Sniper, The Bridges of Madison County, and Changeling. These films transitioned Eastwood’s career from an actor into a film director.

His success was so prevalent that Sean Penn and Tim Robbins won Best Actor and Best Supporting Actor at the Oscars for their performance in Mystic River.

Eastwood continues to act. His long list of film appearances include Hang ‘Em High, Every Which Way but Loose, In The Line of Fire, For a Few Dollars More, Paint Your Wagon, and Where Eagles Dare.

The actor and director has won Academy Awards for Best Picture and Best Director for Million Dollar Baby and Unforgiven.  All of his films are spectacular. However, those are the ones who continuously brought a flock of fans to the box offices.

How much is the legendary actor and director worth?

His net worth is estimated to be around $375 million.

Clint Eastwood’s many children are also finding success in the film industry. His son Scoot Eastwood appearing in several film and TV roles.

The “Spaghetti Western” may have only paid $15,000, but it solidified the career of one of the best actors and directors of the time, granting Eastwood a strong legacy to leave behind. 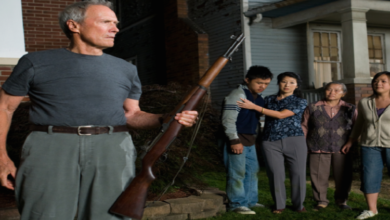 Is Gran Torino Based On A True Story? Is the Movie Based on Real Life? 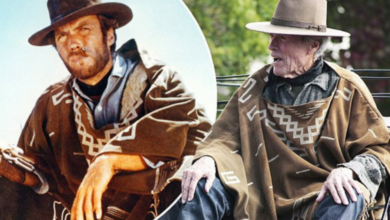 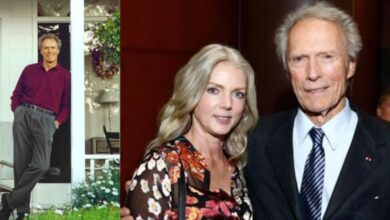 Clint Eastwood is nearly 100 years old and is living a comfortable life in his home in California today.