We all need a little help in life to accomplish our goals and this applies to everyone, including “Yellowstone” star Kevin Costner. The path to Hollywood superstardom was not an easy one for Kevin Costner and he had plenty of help along the way. Some of this help came from an unlikely source — production designer Ida Random. In an emotionally charged tribute, the “Yellowstone” star shares how Random helped get his acting career on track. Kevin Costner’s tribute pulled tears from the audience of the 26th annual Art Directors Guild Awards ceremony. In his tribute, the actor reveals things might not have turned out so well without Random.

Ida Random has worked with some of the biggest names that the entertainment industry has to offer. She was on hand at the ceremony to receive a Lifetime Achievement Award from the Art Directors Guild. The ceremony took place on the stage at Intercontinental Los Angeles Downtown. Kevin Costner, who is set to return to “Yellowstone” for season five, poured his heart out in honor of his friend. Costner and Random have worked on several projects together, including the former’s directorial debut, “The Postman.” In his speech, Costner recalls meeting Random while he was serving as an extra in the 1981 film “Frances.”

“For six years I’d been trying to break into Hollywood, and despite all my best efforts, I was just unable to get a SAG card,” he recalls. “I’m singled out among the extras by casting director Elizabeth Leustig, who would later go on to become my casting director on ‘Dances With Wolves. She walked me up to Ida, who I couldn’t help but notice on the set having been there for three days. She (Random) was really Annie Hall before there was Annie Hall, if you know what I mean.”

Costner shares details on the impact that Ida Random had on his career path to becoming one of Hollywood’s top leading men. With Random’s influence, Costner was giving a small speaking part on “Frances” that would change his life. Because he fit into the aesthetics of Random’s vision of a scene, Costner got to say “Goodnight, Frances.”

“And it would change the trajectory of my career,” Kevin Costner, fighting back tears, said. “I will never forget you, Ida. You changed my life that night.”

Costner continues his tribute to Ida Random by calling her a “director’s best friend and confidant.”

“That’s what Ida does: She changes lives,” he says. “She makes things better, sometimes by inches…She’s the director’s best friend and confidant. She’s the actor’s biggest cheerleader as she walks them through her perfect sets…You’re a filmmaker in every sense of the word, adding your most personal touch to the movies you call your paintings.” 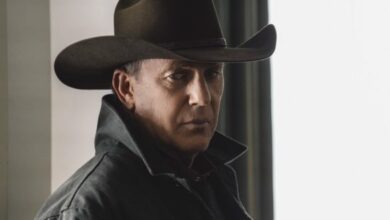 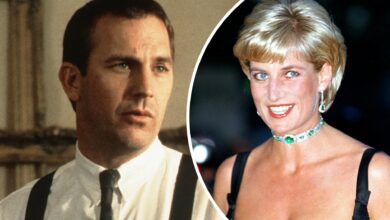 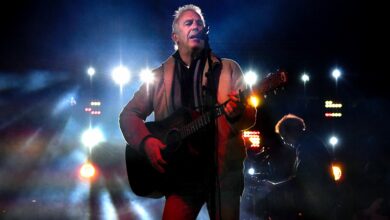 From Acting to Singing: Inside Kevin Costner’s 15-Year Music Career With His Band Modern West