It’s been years since Only Fools and Horses aired for the last time on the BBC in 1991 – and yet the show remains a British favourite.

A pillar of British telly, the television series remains one of the country’s most popular sitcoms.

As one of the most watched series ever when it first aired, the series finale pulled in what was then an unprecedented 24.3 million viewers.

The show was also critically acclaimed, winning a National Television Award in 1997.

Whilst some have criticised the Beeb for repeating the show too often, it is assumedly nothing more than a vocal minority.

Fans especially loved the Christmas specials, with the merry band of characters, headed up by David Jason, Nicholas Lyndhurst, and Buster Merryfield, often becoming extended family members themselves to celebrating families all across the country.

A whopping 18 Christmas specials were filmed in total, which, considering the series ran for 22 years, is pretty impressive.

Yet, there was one episode that even the most steadfast of fans dislike – and had its fair share of issues behind the scenes, too.

It was 1986’s A Royal Flush, the show’s second feature length episode, and even series creator John Sullivan couldn’t take to it.

In this episode, Rodney, played by Nicholas Lyndhurst, befriends the daughter of a Duke, and Del Boy, played by Derek Jason, decides to help him out.

Naturally, it all goes horribly wrong.

The episode was inspired by the contemporary aristocracy of Britain becoming closer in culture and proximity to London’s working classes, and stories circulating in the newspapers that year of a Special Branch being employed to protect the younger royals from- spoiler alert- possible kidnap from their friendships with those outside their class.

Del comes across so brutal in this episode it is considered by fans to be uncharacteristic, something that Sullivan acknowledged in retrospect.

“Although Del comes across as rather cruel in the episode, his heart is in the right place,” Sullivan said in 2005, almost two decades later.

Filming was delayed on two occasions, due to David Jason and Nicholas Lyndhurst both being ill at the time.

This, coupled with the gang’s invitation to perform a sketch at the Royal Variety Show that year, meant that filming was so tight that a laughter track couldn’t be added by the time it had to go on air.

“The cast and crew began to rue the disruption the royal show had caused,” Graham McCann wrote in his book Only Fools And Horses: The Story of Britain’s Favourite Comedy.

The climatic scene of the dinner party was missed by Sullivan, who was filming a separate project in Paris.

Ray Butt, the series’ producer, agreed with contemporary criticisms of the episode, and took responsibility for the infamous aforementioned scene.

He stated that he thought “Derek Jason went a bit over the top”, and that “Del turned too nasty and lost his warmth.”

And the mean-spiritedness of Del Boy was only further highlighted without the addition of a laughing track to ease the tension.

Eventually, Sullivan returned to the episode, finally including the much missed laughing track, and omitting 18 minutes of footage. 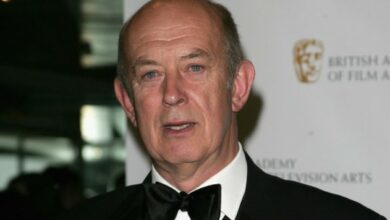 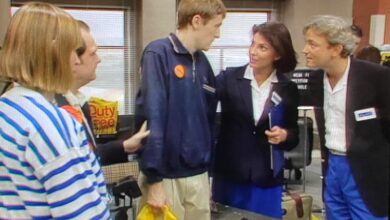 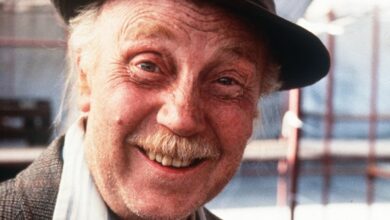 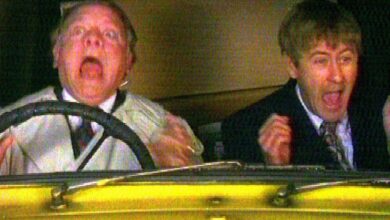