After what you saw on CBS tonight, it makes sense to want to know more about Blue Bloods season 12 episode 15 — or, at the very least, if it’s going to air next week.

We don’t want to beat around the bush too much here, so let’s just start by indicating that at the time of publication, the network hasn’t said too much about what lies ahead. However, it has been 100% confirmed that an episode titled “Where We Stand” will be coming in just seven days. That is, by and large, the sort of title we expect from this show, one hinting at unity and values and the sort of things that Frank Reagan especially holds near and dear.

There is also another important thing worth noting about this episode: It is #249 overall! CBS has already confirmed that the 250th installment is coming up on Friday, March 11, and our hope is that this will be a proper celebration with some exciting guest stars and an epic story leading the charge. It will also be the last episode for at least a couple of weeks, as NCAA Tournament coverage is going to keep there from being another episode on March 18.

Is there a chance that we’ll get a season 13 renewal at some point in March? We certainly hope so. We feel like there’s a reasonably good chance of it taking place, but we like to be in a spot where we don’t take the show for granted at just about any spot. That’s going to make us happier when the dust finally settles.

What do you most want to see when it comes to Blue Bloods season 12 episode 15?

Beyond that, what do you want in the 250th episode down the road? Be sure to share right now in the attached comments! Once you do just that, remember to come back around — there are more updates ahead that you do not want to miss 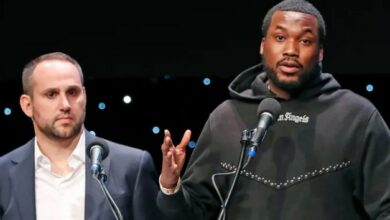 Elvis cried before his wedding ‘I have no choice’ – Why did Elvis Presley marry Priscilla?