She was part of a much-loved double act – and now Only Fools and Horses star Sue Holderness has paid homage to another comedy duo as she was revealed as a mystery guest in a show in Shropshire.

The actress, who played Boycie’s other half Marlene in the hit sitcom, was appearing at Shrewsbury’s Theatre Severn in The Play What I Wrote yesterday – a celebration of double act Morecambe and Wise.

Just half an hour before she stepped on stage, Sue – who played Marlene, the long suffering wife of John Challis’s Boycie in the hit sitcom – revealed she was looking forward to seeing a TV special that she filmed with her long time friend.

“It is called a Marriage Made in Peckham and a behind the scenes look at Boycie and Marlene,” said Sue in her dressing room before stepping out in the second half of The Play What I Wrote.

“It’s us looking at old clips for the 40th anniversary of Only Fools and Horses.”

Sue is also looking forward to catching up with John’s wife Carol who still lives near Ludlow, a part of the country which John adored. He died in September last year after a long battle with cancer.

“I’m going to hop over and see Carol – this is a part of the country that they love,” she said. “I stayed with John while we were filming the Green Green Grass and I know this is a beautiful part of the world. It is the first time in 51 years of going round the country that I have been to Shrewsbury and I am looking forward to seeing the town after the secret is out, and I can go out!

“John was my best friend for 40 years and I knew he had cancer long before it was widely known. But we were filming A Marriage Made in Peckham three and a half weeks before he died – it is coming out this year. At the end of the filming he was very tired, and not quite his old self but he was joking.

“His death was a terrible shock but that it came so suddenly, in a way isn’t that good, not to have a long and lingering end?”

She added: “John certainly won’t be forgotten and even on the 40th anniversary of Only Fools and Horses, the show is still shown and it doesn’t feel that he is gone.”

Sue revealed that the early intention was to keep Marlene in the background and almost never see her. But writer John Sullivan penned a scene that needed Del Boy to hand over a dog to Boycie.

“She was meant to be a tarty ‘her indoors’ who everyone knew but nobody saw,” said Sue. “But they said that she would be in again, and Marlene is why I am here.”

The Green Green Grass was based in the countryside, which Marlene hated but Boycie loved.

Now Sue is aware of all kinds of namings of “Boycie and Marlene” including donkeys and geese.

“But not chickens,” said Sue.

Sue appeared as a mystery guest in the show The Play What I Wrote, which is running at Theatre Severn until Saturday, Jan 29. It is a homage to the hit 1970s comedy duo Morecambe and Wise.

“I never appeared on their show but I met Ernie Wise and was completely starstruck,” said Sue.

Sue’s favourite scene from the comedy duo’s Christmas Special is where conductor Andre Previn appeared deadpan alongside the pair and Eric Morecambe’s famous line: “I play all the right notes, but not necessarily in the right order.”

“It is the funniest thing I have seen in my life, absolutely hysterical, and I am absolutely blessed to be a part of this play,” she said.

Sue is happy to be out performing on stage again after two long years hit by Covid-19.

“I have never been without work for more than three months since leaving drama school in 1970,” said Sue. “But theatres had 13 months out – it was a terrible shock for my husband.

“It is just glorious to have shows like this again, where the audience is happy to be with other people again. I can sense just how audiences are bursting to have a good laugh.

“This show isn’t intellectually challenging – it is a really good belly laugh, which is the best medicine.” 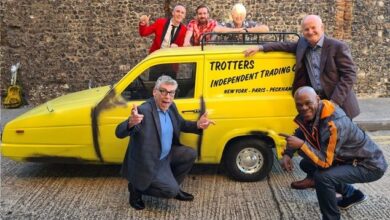 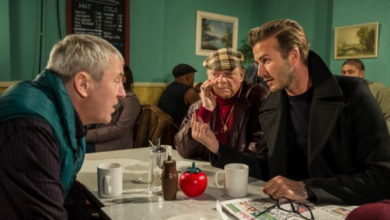 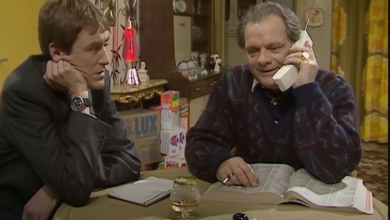