Before he was an award-winning director, Clint Eastwood established himself as a movie star in career-defining franchises, and here’s how they rank. Eastwood is famous for the tough-as-nails characters he has portrayed in the Western, crime, war, and even comedy genres. Although the actor played several memorable characters in films that never had sequels, it was his involvement in franchises that built his status as a movie star and developed the tough screen persona audiences have come to expect from him. Eastwood has even directed himself in one of these iconic roles.

Prior to being cast in the long-running TV show Rawhide, Eastwood had only appeared in a few minor roles for B-films for Universal Pictures. This first major role in the series established the actor as a notable figure in the Western genre, but it wasn’t long before he displayed a wider range of talents. This led to notable roles in movies as diverse as Dirty Harry, Million Dollar Baby, and Gran Torino.

While the legendary nonagenarian star has featured in a variety of successful one-offs, some of Eastwood’s most iconic roles have also spawned their own franchises. In fact, despite a slew of successful standalones, it is his franchise work that in many ways defines his legacy best. Here’s all three of Clint Eastwood’s franchises ranked worst to best.

Despite being poorly received by critics, Every Which Way but Loose is Eastwood’s most successful film. It was the second highest-grossing film of 1978 and was followed up with the 1980 sequel, Any Which Way You Can. In the films, Eastwood plays trucker and bare-knuckle brawler Philo Beddoe, who is joined by his pet orangutan Clyde in a series of misadventures. Although Eastwood’s tough persona was still on display, the comedic nature of the film was a surprising new direction for the star.

While Eastwood may be better known for other roles, the two films making up this franchise are among his greatest commercial successes. Even with record-breaking box-office numbers, this is far from his best franchise. The comedic tone does show another side to Eastwood’s acting abilities, but it doesn’t match the impact he made with other franchises.

Based on the impact of Don Siegel’s 1971 film inspired by the real-life Zodiac case, the Dirty Harry franchise is deserving of high placement on the list of Eastwood’s greatest franchises. The series follows Harry Callahan, a San Francisco homicide detective known for carrying a Smith & Wesson Model 29 revolver and using unorthodox methods to catch criminals. The five films reinvented the police procedural, resulting in countless imitators.

With his brutal methods of police work, Eastwood’s Callahan was an icon of masculinity in the 1970s and 1980s, further establishing the star’s screen persona. While the four sequels are consistently entertaining, the formula becomes predictable later in the series. Despite preferring to work alone, Callahan is paired with a new partner in each film, and it nearly always results in their early demise. Eastwood retired from the role after the release of the fifth film, The Dead Pool in 1988.

The Dirty Harry franchise may include more films but doesn’t come close to the overall impact that was achieved by Sergio Leone’s so-called “Dollars trilogy.” After establishing himself in the Western genre with the TV series Rawhide, Eastwood rose to international fame when he starred in the 1964 Italian Western, A Fistful of Dollars. Though Leone never intended the two follow-up films (For a Few Dollars More, The Good, the Bad and the Ugly) to be sequels, they are each connected by Eastwood’s character known as the “Man with No Name.” 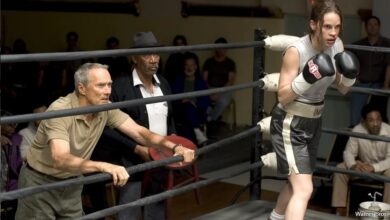 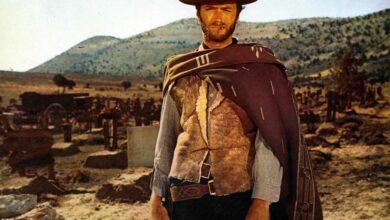 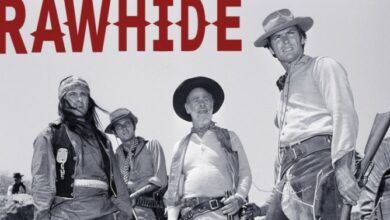