Since their rise to fame on Keeping Up With the Kardashians, which premiered back in 2007 on the E! network, the Kar-Jenners have become a household name. In 2015, the clan had reportedly closed a $150 million deal to continue with the popular syndicated show until its 20th season — and while those numbers may sound impressive, the famous clan makes more money on social media.

Becoming reality stars helped the likes of Kim Kardashian and Kylie Jenner build some of the strongest followings on platforms such as Instagram and Twitter, where both sisters accept lucrative deals to sponsor other company’s products for a whopping fee of up to $1.4 million. Khloe Kardashian, too, often raves about her “get fit quick” with her weight-loss tea, which she wants you to believe is how she earned those killer curves.

So, while the Kar-Jenners have mastered how to make millions on TV and social media, it was only a matter of time before they would also take over the beauty industry, with Forbes naming Kim and Kylie billionaires thanks to their profitable companies with KKW Beauty and Kylie Cosmetics, respectively.

Khloe has a long-running partnership with Good American on top of her Revenge Body series on E!. Kourtney Kardashian is branching out into selling lifestyle products on her Poosh site, Kendall Jenner’s modeling career continues to boom while selling socks continues to remain Rob Kardashian’s main income. But who’s expected to become the next billionaire?

Believe it or not, but Kris Jenner could very well be on her to follow her daughters’ footsteps in becoming self-made billionaires.

Many wouldn’t deem someone who was already worth millions of dollars to be “self-made,” as claimed in Kylie’s Forbes interview, but considering she used her own money to fund the business, the mother of one should get the recognition she deserves.

Kylie Cosmetics, which launched in 2015, became such a hit in the beauty world that the aforementioned publication estimated the firm to be worth a staggering billion dollars back in January 2019.

The lip kit queen would later start a negotiating deal with cosmetics giant Coty, who gave Kylie an eye-watering $600 million in return for a 51 percent majority stake in her company, which was an offer that certainly wasn’t going to get turned down.

The following year, Kim also sold a 20 percent stake in her KKW Beauty line to Coty for $200 million, according to multiple reports, who claim that the 40-year-old’s 72 percent remaining stake is estimated at a value of $500 million.

Her majority stake in her SKIMS shapewear line is believed to be worth another $225 million.

So how does all of this tie back to Kris? Well, let’s not forget that for every deal that the family accepts, the Kris Jenner… And All Things Kardashian author earns 10 percent. So, when Kylie closed on her $600 million deal with Coty, that would have generated this “momager” $60 million.

Again, we’re only talking about Kylie’s lucrative deal with Coty.

Aside from the money she’s made from her girls’ beauty business, Kris also got huge earnings for her involvement on KUWTK, which she also happened to be an executive producer of. So not only did she negotiate each deal, but she was also a producer on top of starring as a recurring cast member.

And while Kris is already believed to be worth a whopping $170 million, her fortune is expected to skyrocket following the news that she will also be coming out with her own skincare line.

“About four or five years ago, I decided to formulate a skincare line,” the mother of six told WSJ Magazine. “I had some samples done up. So I do have a skincare line that I love that’s ready to go.”

“When the time is right, a year from now, maybe two — I just think it’s really important for older women to realize that if they just take care of their skin, it’s not complicated. So, I just did something that emulates exactly what my daily routine is. That will be my line.”

In late 2020, Kris took to her Instagram page to follow suit after Kim announced KUWTK was officially ending after its 20th season.

And while the news stunned a lot of fans, trust and believe that Kris will always have another deal lined up for her family. Just weeks after confirming that KUWTK was set to conclude, Kris had worked out another partnership with Hulu that will see the Kar-Jenners produce original content for Hulu involving all of the famous bunch.

Whether this project will fare just as well as KUWTK did for 11 years has yet to be seen, but one thing that can’t be denied is that Kris is an impressive go-getter. 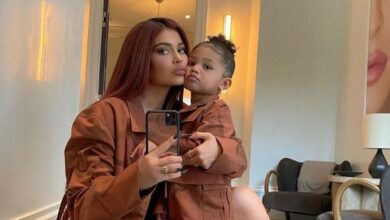 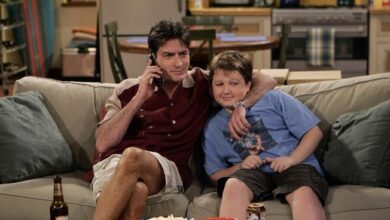 Two And A Half Men: The 10 Best Characters Introduced After Season 1 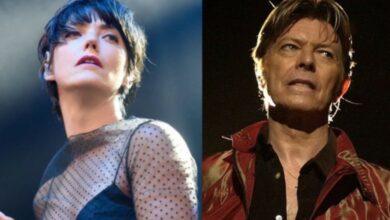