Intimate revelations – direct from the mouth of Diana, Princess of Wales –about her courtship and married life to Prince Charles are to be aired on British television next month after years of dispute about the recordings. Speaking to a video camera four years before her ԁеаtһ, Diana will tell of Charles’s early unexpected attempts to woo her as a teenager and of the sorrow that enveloped her soon after her wedding day in July 1981.

In the documentary Diana: In Her Own Words, to be shown on Channel 4 in the run-up to the 20th anniversary of her ԁеаtһ in a car crash on 31 August, the princess reveals that five years into her marriage she went “sobbing” to the Queen once she believed she had “confirmation” that her marriage was loveless. “So I went to the top lady and said: ‘I don’t know what I should do’. She said: ‘I don’t know what you should do.’ And that was it. That was ‘help’.”

Diana also tells of the impact of an illicit romance with a mystery man. The unconsummated affair dominated her thoughts for a while, she says, until it was suspected by the royal household.

“At 24, I fell deeply in love with someone who was part of all this and that was all found out and he was chucked out and then he was κıււеԁ. And that was the deepest blow in my life I must say,” she says. Diana is widely thought to have been speaking of her feelings for Barry Mannakee, an officer in the royal protection squad who later ԁıеԁ in a motorcycle accident.

In the video tapes, recorded at Kensington Palace in 1993 by her public speaking coach, Peter Settelen, Diana claims that the man would “mentally kick me out and make me go to my engagements because I used to sort of scream in his room”.

She tells Settelen that the royal family knew about her infatuation. “But there was never any proof,” she adds. “I should never have played with fire, but I did and I got very burnt. Three weeks after he left, he was κıււеԁ in a motorbike accident. And he was the greatest fun I have ever had.”

Ralph Lee, the commissioning editor of factual at Channel 4, said: “This film gives Diana a voice and places it front and centre at a time when the nation will be reflecting on her life and ԁеаtһ. It is her account of events both private and public and is an important contribution to the historical record.”

The footage at the core of the new documentary has been contentious since 2001, when the tapes were unearthed in a police raid on the home of Paul Burrell, the former royal butler. The Spencer family made a legal claim on the tapes but they were returned to Settelen in 2004. Already shown in part on the American television network NBC, the tapes were then to have been part of a BBC documentary marking the 10th anniversary of the princess’s ԁеаtһ. Sir Teddy Taylor, the Tory MP for Rochford and Southend East at the time, called for a ban on broadcasting the tapes in any form while the couple’s sons, Princes William and Harry, were alive. No ban was imposed, but the programme was still pulled from the schedule despite having cost more than £100,000 to make.

The new Channel 4 documentary gives fresh insights from Diana’s private secretary, Patrick Jephson, and from her close friend, Dr James Colthurst. It also contains the first public comments from Anne Allan, the dance teacher who instructed the princess in private. Allan speaks of Diana’s “huge shyness” and of her decision to ask Camilla Parker Bowles to leave her husband alone.

Diana candidly confirms she had met Charles just 13 times before they married and she describes her early ambitions in life. “I wasn’t academically interested at all,” she says. “I just wanted to be with people and have fun and look after people,” she says, rolling her eyes in self-parody. “But the rebel thing was always there. It was underlying. It didn’t come out. Or they didn’t see it.”

The princess describes being “unimpressed” with Charles in her youth, yet after the κıււıոɡ of Lord Mountbatten in 1979 she thought it would be nice to meet him again. “He chatted me up. He was all over me like a bad rash. Later at a barbecue we were sitting on this bale of hay together and we were chatting about his girlfriend and Mountbatten and I said: ‘You must be so lonely.’”

Expressing sympathy for the solitary figure Charles cut as he followed Mountbatten’s coffin, Diana says she suggested he needed someone “beside” him: “Whereupon he leapt upon me! He was all over me for the rest of the evening. He followed me like a puppy.”

At 19, Diana admits the attentions of such a prominent older man were flattering. She was “seriously” wooed, she tells Settelen, and sensed Charles was intrigued when she stood up to him. Invited to come to Buckingham Palace to visit while he worked, she remembers thinking: “Well, bugger it, I do mind sitting there while you do your work. I said that, and that sort of lit up something in him. I was quite a challenge.”

The infamous engagement interview on television in early 1981, in which Charles questioned the meaning of the phrase “in love”, threw her “completely”, she confesses. She had answered that, yes, she was in love “like the fat Sloane Ranger that I was” and was then “absolutely traumatised” by his response. 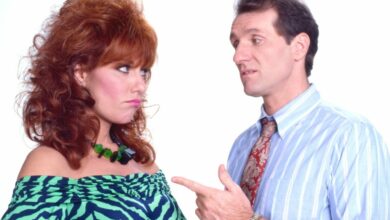 How Much Did Ed O’Neill Make Playing Al Bundy On ‘Married With Children’? 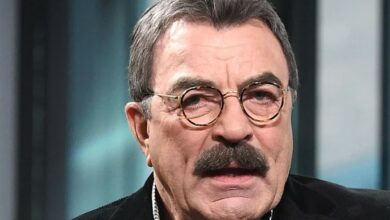 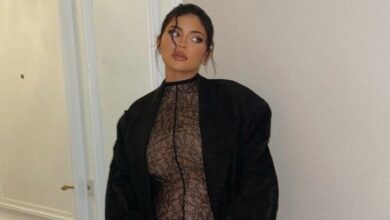